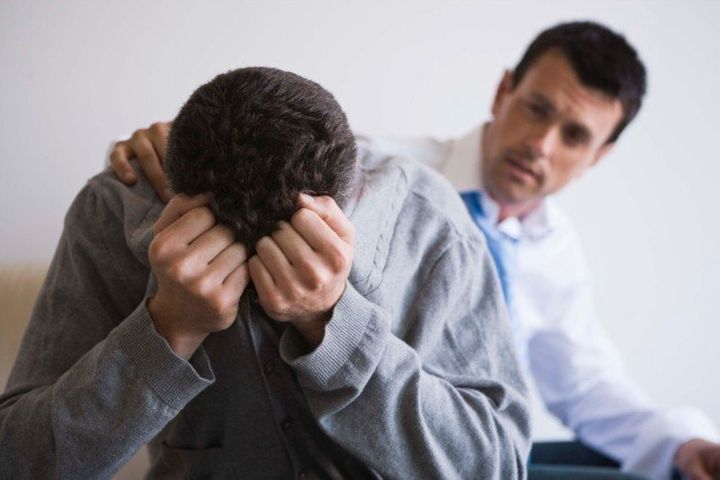 Mathew is experiencing the trauma of his grandson’s death.

Mathew, a 62-year-old man, saw his grandson Patrick dying in a road accident. A speeding truck rammed into the car John was driving. His grandson was sitting next to the driver’s seat. John survived the accident as he was riding high on luck and put on his seat belt. However, his grandson wasn’t wearing the seat belt and paid the price for his negligence with his life. It took John three months to recover from injuries, but his trauma of losing his young grandson never left his brain. It’s been six years since the accident, John still sees flashbacks of the event and gets restless. Patrick was his only hope, and losing hope means an end to life. John had a small business that shut off after the accident. John works on his farm now, succumbing to loneliness and guilt all alone.

Since the accident six years ago, John gets flashbacks or very vivid images of the truck ramming into his car and his grandson lying in a pool of blood. These flashbacks have caused a significant impact on his mind. He would forget where he is going or already is, and frequently finds himself on the same spot where the accident had taken place. He is always worried about these flashbacks, thinking that they would make him insane. Therefore, he tries to stay away from his grandson’s stuff in the house that may remind him of the accident. He would avoid looking at Patrick’s photographs, visit the graveyard every evening, and sleep crying.

In the beginning, John would not get up from work until he is tired and fall asleep. Besides plowing his field, John would give back to back tuitions to local kids. He would not want to sit idle as he feared it might trigger the memories of the accident. But, he couldn’t concentrate on his work either. The incident had sent him in a lucid dream. He had started running away from reality. His students would often ask the reason for his distraction to which John would not reply. He had also developed an addiction to alcohol. Before the accident, John was barely a drinker. One bottle of Whisky would last for an entire month. His consumption changed to one bottle a day after losing his grandson.

He thinks drinking could help stop flashbacks and make his life a bit easy. However, the result has been quite upsetting. He is always in anger and irritated. He doesn’t mind abusing his body for some mental peace. Now, he is losing both his body and brain. His mind has stopped properly transmitting signals to his body. He doesn’t feel love or joy and is always surrounded by sadness. John has stopped driving since the accident. His palms would shiver on the steering wheel, and his legs would freeze on the sound of engine roaring. So, he would be moving either on his feet or would take a public bus if required. Though he gets flashbacks, there are certain parts of the event that he doesn’t remember. Like what was the last thing he said to Patrick when the truck hit his car. Many times he had thought of killing himself, but he kept failing again and again.

Sharon is struggling to find a ray of light in the dark.

Sharon is a 23-year-old single independent woman and lives at her older sister’s flat. She had to unwillingly leave her college in the middle of the session last year. Sharon was physically abused by a couple of boys from her college. The trauma of the even was getting unbearable, and she had to leave her academics a couple of months before graduating. After the incident, she went through a variety of symptoms that persisted with time. For the first few days after being abused by those boys, Sharon tried to keep her calm and concentrate on studies. However, every time she saw a man, she felt like puking. She would get scared and try to run away from every single man. Almost every night, she would have nightmares of the incident, which would be so hard to digest that she would wake up suddenly and wouldn’t sleep till dawn. She would go through panic attacks when she thought about the event. Even movie scenes of physical abuse would make her anxious. Shanon had told about the incident to his family days after its occurrence. She was hesitating to visit a doctor, and seen one when forced by her sister. When she would detach from trauma, she would be scared of the sexually transmitted diseases.

Sharon left the college as she did not have the courage to face her classmates. She also feared that what if came across those boys again.

She tried for a few days so that she did not need to leave her studies, but could not pay attention in class or do her homework as she would keep getting flashbacks of the event. Sharon won’t feel any enjoyment or want to go out with her friends and family. She has quit everything that she liked before the event, including playing tennis and swimming classes. She has distanced herself from society and isolated herself inside the memories of the trauma. She doesn’t know if she could ever marry someone or have kids and family.

She is always vigilant when outside her home, especially when she is around men. Many times she tried to forget and move ahead in her life, but the flashbacks and vivid images of the incident would not let her do so. She moved to her sister’s place only because she couldn’t bear living alone. She was shell-shocked. She would also complain to her sister for inviting male friends occasionally.

What kind of trauma leads to PTSD?

Any life-threatening or brutal incident that leaves you shellshocked can cause PTSD. Here are a few examples –

2. Feeling intense fear, helplessness, or anxiety arising from an incident.

If you have witnessed a serious traumatic event, you can develop PTSD. Here are some example when you can succumb to PTSD –

Why you get flashbacks?

Your mind channels and stores data a little differently than it normally does when you live through a traumatic experience. Sensory information about the trauma, like odor, visuals, sounds, tastes, and the feeling, is given high priority in mind, and your brain identifies these senses as threatening. Therefore, the memory of the trauma (and the feeling of threat) comes back up and sees flashbacks of the trauma whenever you come across a touch, a feel, a taste, a smell or a sight similar to the one you had experienced at the time of the event. This is how our brains work. Therefore, you don’t need to worry, as this is the normal processing of the human brain.