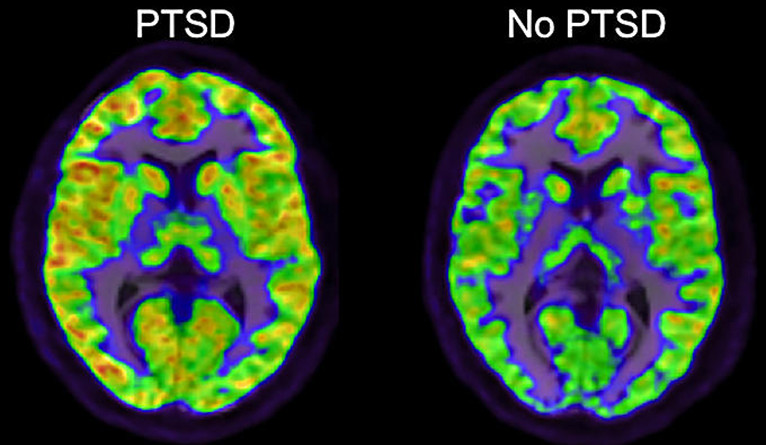 21 Jul How Can Brain Imaging Help In Diagnosing PTSD?

A huge population around the world go through trauma during their lives, be it experiencing personally or as an observer watching someone in hardship. People who come across traumatic events experience a wide range of distressing feelings after the incident. In most cases, these feelings gradually cease with time. Whereas, there are also cases when these feelings persist and develop into symptoms associated with post-traumatic stress disorder (PTSD), a brain disorder caused due to trauma. If an expert’s help is not taken, PTSD can even take someone on the verge of suicide.

Which age-group people are more vulnerable to PTSD?

According to the research, approximately 3.5% of the U.S. population suffers from PTSD, which means 1 in 11 people are diagnosed with PTSD symptoms at some point in their life. A huge misconception mongering among people is that they think PTSD only affects military veterans. However, anyone can succumb to PTSD irrespective of nationality, occupation, ethnicity, and age.

Both men and women can have PTSD. However, females are two to three times more vulnerable to PTSD than males. Moreover, most women experience trauma at a younger age and hence have a bigger impact on their brains.

Types of trauma that can lead to PTSD –

Not one, but there are many traumatic events that can result in PTSD. Generally, any scary, terrible, or life-threatening event can invite PTSD symptoms. Here are some events that can have a deep impact on a person’s mind –

You don’t need to be a direct victim to be traumatized by an event. Getting exposed to brutal and dangerous situations through media or directly watching someone may impact a person to the extent that they start experiencing PTSD symptoms.

People who have encountered a traumatic event are likely to experience a series of harsh reactions. Our brains are programmed to inform us in advance about the presence and threat of danger and try to cope with it, so showing a biological and psychological response to trauma is quite normal. These symptoms normally extinguish along with the passage of time. However, not every case is the same. Sometimes, symptoms persist, and when they do, it is a sign of PTSD.

People with PTSD normally have a couple or more of these symptoms. Not to mention, PTSD can also accompany with sicknesses like depression, anxiety, brain injury, and cognitive issues, such as memory issues. It gets difficult to diagnose PTSD if it is accompanied by these illnesses.

PTSD is a disorder. It doesn’t mean that a person suffering from PTSD is mentally ill.

Though PTSD can affect a person’s psychological wellbeing, it is not a mental illness. We must understand that bearing PTSD symptoms is not a character flaw or a sign of weakness. SPECT, a technology used for advanced brain imaging, proves that PTSD is a biological problem in the human brain.

Brain imaging helps in understanding the severity of PTSD.

As mentioned above, sometimes, PTSD is accompanied by other illnesses. For example, getting startled can be mistaken for anxiety, losing interest in personal activities can be viewed as depression, sleep issues can be mistaken for another disorder, and concentration problems and anger are also considered Traumatic Brain Injuries (TBI).

The problem is most medical consultants don’t perform brain scans, so they are unable to detect patterns found in PTSD. Instead, they only test symptoms, and that’s why most of the patients are either misdiagnosed or not diagnosed at all and are treated wrongly. Undoubtedly, receiving the wrong treatment can make your situation even worse, which means more suffering.

Brain scans or imaging are useful in arriving at an accurate diagnosis. A couple of scientific studies published in 2015 by Amen Clinics’ research team partnered with UCLA scientists, Thomas Jefferson University, and the University of British Columbia, revealed that brain SPECT imaging is capable of differentiating PTSD from TBI with an impressing 94% accuracy rate. MRI and CT scans also show “normal” signs in people with PTSD, which confuses the patient making them think that they are making up the symptoms.

In 2015, Discover Magazine had recognized this research as #19 of the top 100 science stories. This research has immensely helped people suffering from PTSD (and/or TBI) to receive a proper and accurate diagnosis and better treatment that can boost healing.

Brain scans can help see things in a better way. Here are some of the practical usage of brain scan –